There are three houses in Scotland consistently associated with the Barcaldine family. Barcaldine Castle, Barcaldine House, and 3 Moray Place in Edinburgh. The Estate of Barcaldine left the family in 1842 on the death of Sir Duncan the first Baronet who died virtually penniless in Brussels having abandoned Barcaldine house in 1836. The Estate was purchased by Donald Charles Cameron (1781-1848) who made his money through sugar plantations in Guyana. His Grand-son Allan Gordon Cameron built Letterwalton house around 1885 and in 1896 Sir Duncan third Baronet and his younger brother Captain Eric were able to buy about 300 acres of land from him which included the ruined castle of Barcaldine. Work on the restoration started in 1897 and was fully completed by 1912.

The castle was built on the "L" plan with the smaller wing on the south side projecting to the west beyond the end part of the main wall of the castle. The projection enabled the main wall to be protected and covered with small arms. The walls are approximately 9 feet thick, thus allowing the stair passage inside them, and rise to approxiamately 32 feet. They are built of local stone, probably taken fron a quarry, the remains of which are just visible from a ridge close to the castle. Different stone has been used for corner stones and lintels. The windows are not all of the same period, some of them having been enlarged for lighting and ventilation at the time of the restotation. The dormer windows in the roof were put in at the time of the restoration and apart from these the roof is the same as when the castle was built. Prior to the castle being harled there is evidence of a large opening having once existed in the west wall. A tenant of the castle during the sixties, Mr Leslie Graham MacDougal who was a well known and eminent architect, surmised that this opening might have been left for the purpose of allowing the large beams used for supporting the ceiling of the main hall to be brought in. Large straight lengths of timber usually had to be imported from the Baltic and the builders sometimes had to wait years for them to arrive. To get on with the rest of the interior they would leave the opening in the wall to receive the beams when they arrived. 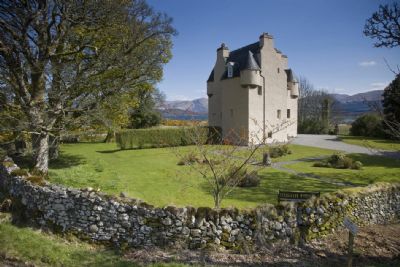 The one and only door giving access to the castle is situated at the foot of the stair tower. Over the door is a schist panel carved in relief bearing the inscription "Follow me 1609" and the initials S.D.C (for Sir Duncan Campbell). A shield on the panel bears the arms of Campbell of Glenorchy. In the south wall, at the same level is a stone which shows a divided shield which records the joining of the Campbell of Glenorchy and the Stewart of Atholl families through the marriage of Sir Duncan Campbell to Lady Jean Stewart, daughter of the 4th Earl of Atholl. Two other panels were built into the walls to commemorate the start of its restoration in 1897. The door opening itself is low, only 2 metres high. It is closed by the door which, despite stemming from the restoration, gives a good idea of how the original studded, oak door would have looked. Behind the door is a large "yett". This is original and the lower half can be found trapped beneath a tree in the castle's east perimiter. Once through the door, the spiral stair leads to the left and the ground floor rooms are entered to the right. The room immediately opposite you as you enter the ground floor corridor would have been a cellar store room and has a "secret" service stairway leading to the great hall above. The stump of a meat hook described in the inventory of the castle dated 19th January 1621, can still be seen embeded in the ceiling of this room. What would have been the servants' dining room is found off the west end of the ground floor corridor. At the East end of the corridor is the kitchen, unusual in that its main east to west vault is intersected by another vault running north to south. The large segmental arch containing the aga is where the original open fire was located and to the left, the cupboard probably replaces an earlier oven.

The bottle dungeon is situated under the ground floor corridor. The main spiral stair described in the inventory of 1621 as the "great trumbel", is spacious in the lower part, measuring 1.6metres across. Above the second floor the average width is 1.3 metres. The great hall occupies two thirds of the first floor. The existing panelling, ceiling and fireplaces date from the restoration. The little alcove in the south east corner has windows at right angles to each other providing excellent views of both gateways. On the north side of the hall the second "secret stair" is situated. In the early 18th century the hall would have been subdivided with the small fireplace at the west end of the hall providing warmth. A door leads from the hall into the Lairds parlour, which provides a cosy sitting area.

The second and third floors are clearly late Victorian and provide a marked contrast to the ground floor. In the inventory of 1621, the second floor was described as "a loft lait abuve the hall" and would probably have been a single apartment. The third floor, or garret, was originally lit only by two windows but when the roof was rebuilt three dormer windows were incorporated into the north side.

Patrick Campbell, the fourth chieftain, initiated the building of Barcaldine house in 1709. The house was originally known as Innerergan  (mouth of the river Ergan) but later in the century the family renamed it Dalfuir (cold field in Gaelic) owing to its location on the south shore of Loch Creran in the shadow of the mountains.

Patrick's large family lived in the house as did his eldest son by his first wife, John the fifth Chieftain, when he inherited in 1738. John was by nature a generous and extravagant man and he overstretched  himself financially whilst improving and enlarging Innerargan and its policies. The murder of his half-brother Colin Campbell of Glenure in 1752 (The Appin murder) put John, as head of the family, to huge expense collecting evidence and witnesses for the trial of James Stewart. In 1775 he was forced to sell the Barcaldine estate to his more thrifty half-brother Duncan of Glenure (brother of the murdered Colin) for the sum of £24,000.

Duncan's wife, Mary Macpherson, preferred living in Edinburgh and spent most of her time at her house in Gayfield Terrace. According to family correspondence at this time Duncan and Mary lived virtually separate lives and  their relationship was volatile. 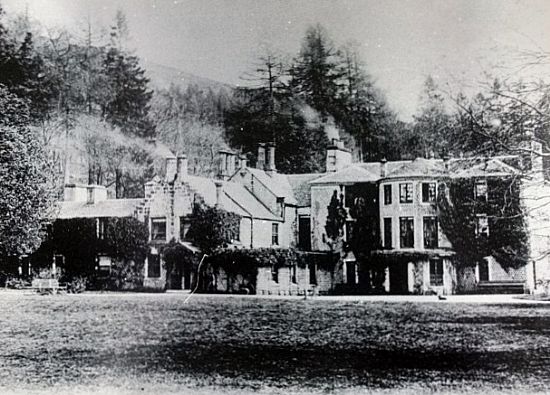 Barcaldine house 2005. The Barcaldine family rented the property for 3 years and ran an accommodation and hospitality business alongside the castle. 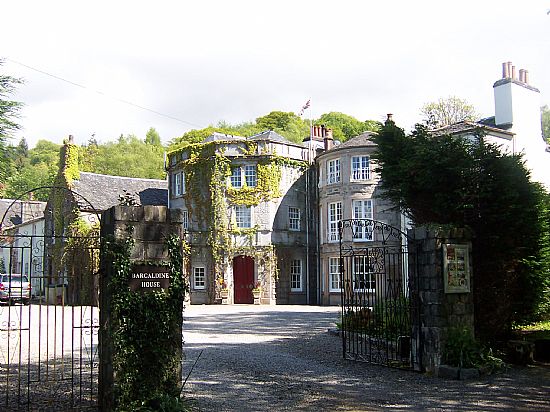 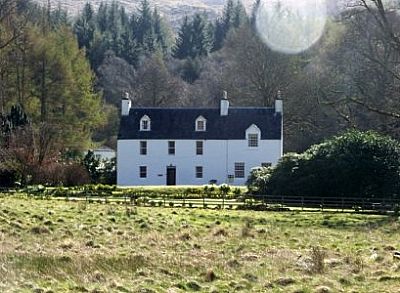 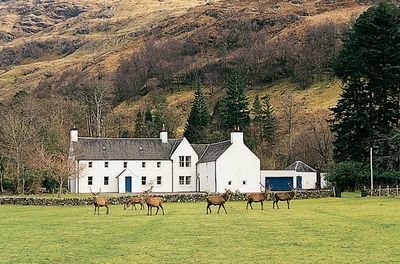 An old print of Moray place in Edinburgh 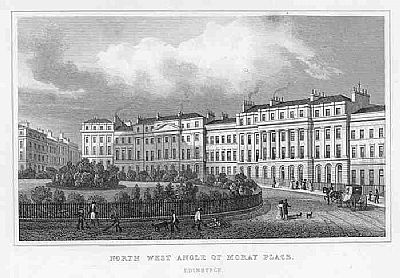 Duncan 8th Chieftain built 3 Moray place. His family spent much of the year in Edinburgh.